I’m gon’ make it last forever when I get a run
Run that s**t up forever b**ch, f**k it
That’s a marathon
Buying woods, b**ch I’m in the Tesla at the Marathon
I don’t even take gas, why I’m at the gas station
Pocket got a light, shoot him like a camera, we with all the action
Life a movie, they be pulling scripts, look like my dogs be acting
Feel like Clank, you see me at the function, know I brought the Ratchet
.. pop out with that Polish rifle, it got all attachments
I’ll knock your head off if you reach for it

I’m getting rich, I ain’t gon’ die trying
Reaching for the Buffs boy you will die trying
She don’t want no flowers my b**ch like diamonds
Looking at that new C8 like I just might buy it
Up the hunnid rounder this b**ch last forever
If you say it’s up we on your a*s forever
This b**ch mandatory take the mag wherever
She don’t suck no dick I show her a*s the blender, no cap

S**t I did it masked up it, it ain’t no need for a sketch artist
Blood flow purple full of .. b**ch my chest heartless
2016, I was in that Nike Tech starving
Six years later, s**t a dub’ll get the set started
Tour bus around America, we finna rock some shows
US to Europe, finna rock the globe
.. some chicken fat as hell, these are not ..
.308s hit his head and high-top his ‘fro

X on my vertebrae, Off-White ain’t serving yet
Every play successful, ain’t gon’ lie it’s been a perfect day
Like s**t, thank God
Only time you caught a hat is when you went and played COD
Since you want smoke, slide down, turn your spot to Sherbinskis
AR with the Mickey Mouse, waving sticks, Walt Disney
Militia member, of course I got some dog in me
Not the same as unky cuts though ’cause he got some dog in him
Crazy that I got a ball on you, could’ve balled with me
Plug gon’ piss me off with that s**t, tryna stall with me
Don’t bring school up, you wasn’t in the halls with me
Caught an opp out and left his draws s**tty

20 in my RTAs, 20s in my Cartiers
But the Glock got a 30
And that’s real spill
Diamonds yellow but the soda black, I Iook like Kill Bill
I done turned my life into a movie, it don’t feel real
The opps didn’t last forever, we been first place
Squealing to the pigs the quickest way to get you turnt bait
Chop singing, send you up to God, I think it’s Kirk Franklin
I was dreaming ’bout a hunnid Ms, I touched my first Franklin

586, nevermind, 734
You can’t even get my main phone, my b**ch beat h*es
Slid right and turned his power off like a iPhone
Black sticks, mirror tint, living life in night mode
Said you spent on the opps but be needing rides home
Even with a calculator that ain’t adding up
I done had enough
Quit the cap, told lil’ brodie it’s Sabonis if he hit him in his hat

Titus looking like Sabonis, he’ll pull up with the strap
ARP got the cajones, boy you crazy think I lack
Boy you crazy think it’s that, I made 80 off them jacks
Adidas joggy pager, unky in the 80s when he trap

Doing 80 in the trap, blow an eigthy then relax
Hit his top with .308s and watch his cranium detach
We gon’ chill him out like Ritalin if he get spontaneous
Lil’ cuddy in the store with fake ID, it say Don Quavious

I be flying ’round in UFOs, I ain’t a alien
All this water on our neck, can’t say we ain’t the waviest
Bottom of the ninth inning, I’ll hit a grand slam
Slide around in AMGs, it used to be the Trans Am
All these sticks in the whip, turned a auto to a manual
They be saying Stan the goat, they keep calling him an animal 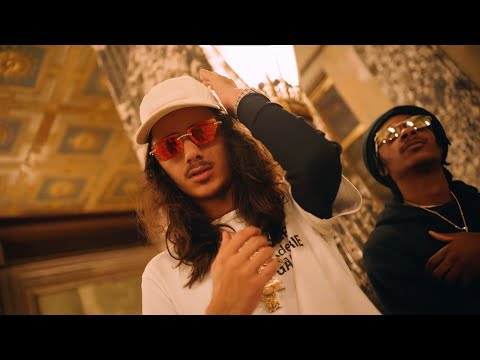