Lyrics Feel It In The Air – Cordae

F**k this industry I’m currently a part of, everybody is fake
Ulterior motives, they’ll lie in your face
I seen friends turn to enemies, become distant memories
Everybody’s janky, they just not who they pretend to be
I’m tryna find my way out this production deal
Stupid me, young and dumb, I thought the love was real
Man, I don’t even go outside without touchin’ steel
One bad decision and I can get my muffin peeled

I know a couple n**gas probably had they glasses filled
I’m sorry, I don’t make music for the mass appeal
New crib got six baths, no Jack and Jill
But f**k the braggatory raps, boy, this s**t get real
Never mind, I could tell you some s**t with clever rhymes
But this year I thought of killin’ myself like seven times
And that ain’t normal, and f**k all that keepin’ s**t formal
It felt like yesterday, when we was eatin’ ..
And mama ain’t have no internet to watch p0rno
So I ain’t have s**t to do, but write inside my journal
And that’s why you can feel this pain I’m feelin’

I’m still renegotiatin’ s**t with James McMillan
Negotiations ain’t gettin’ no further
I’m a boss n**ga, never a worker
Not a soft n**ga, just an observer
F**k the industry and f**k all my enemies
It’s crazy, but we asked for all this s**t, n**ga, didn’t we
I wouldn’t change a damn thing, except for all the snake s**t
Except for all the contracts, except for all the fake s**t
Except for all the people I showed genuine love to
Just spat in my face, know that I still love you
Nah, f**k ’em, I am not that evolved
But if you ever got a problem, we can lock in a call
They say I’m at the Benz dealership
N**ga, how you shop at the mall
But still none of my problems is solved

Ah, yeah
Man, yesterday, I was just textin’ Nas
He hit me up, you know what I’m sayin’
He f**ked with my Leakers freestyle, man, just s**t like that
That’s still like, it just keep me goin’
‘Til I had them

It seem like it’s good people bad things always happen to
When life get hard, it almost feel like God mad at you
The trust that I had in my heart, people shattered you
My goddamn drummer was a rat and I ain’t have a clue
I just want my girl to wake up without an attitude
I just wish them n**gas around me would show gratitude
The love I’ve shown is never reciprocated
I’m ‘posed to be filled with joy, ’cause n**gas made it

I thought the n**ga Ralph was real, but he wrote a statement
And every time I get on the Gram, I’m in the matrix
And it’s crazy how I call Dave Chappelle, on some homie s**t
Especially when I realize that he don’t owe me s**t
I lost my first granny, same day we lost Kobe, s**t
Glad I got to meet him at the U.S. Open, s**t
We had a dope convo, though I’m never disclosin’ it
It’s certain key moments when I die that I’m goin’ with

Yeah, did you get that first part
You know, some things are best left unsaid, you know
Not everythin’, it’s like, I try my best to be transparent
But also, I’ma find some cooler s**t to say, haha
Ayy, check it, now, listen

Why does my compassion get treated as weakness
N**gas showin’ they true colors, that’s as a reset
All alone in this mansion, know I’m prone to expansion
My profound use of language, I hold this advantage
Medicore-ass albums, they callin’ ’em classics
Give it time, foolish statements are always retracted
Force-fed algorithms that fall in the masses
Advertisements are planted, based on the demographics

Uh, ten-thousand cash in my denim jacket
Often reminisce for times when we didn’t have it
But who am I to dwell My job is to excel
A hundred bands I put on Microsoft, I’m doin’ well
Investment returns, live more lessons and learn
I sent a long text message if the catch a concern
Although never replied, ‘least it’s better than lies
N**gas crave this fame s**t, whether dead or alive 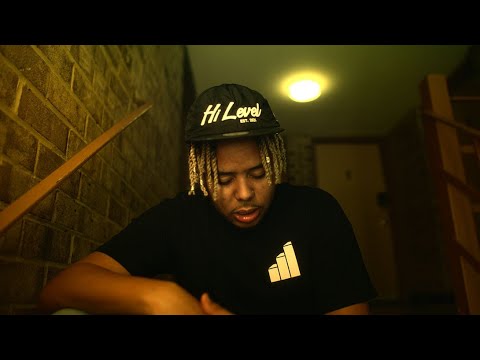